A little History in the Canadian West.

I grew up near and around the area where the Riel Rebellion took place.  Always fascinated by history and all it can teach, I researched, talked to people and discovered all I could about Northern Saskatchewan and the Riel Rebellion of 1885.

Then I wrote my fiction romance story – which fell into place – conflict/reasons and a major problem between two people, attracted to each other, but on opposite sides of the spectrum.  Roberta is from the east, and part of a rich, privileged family.  Damien is a Metis in the west. ‘Hawk’s Gift’ was the story I created out of the turmoil of the Riel Rebellion.

Eastern Canada became its’ own country in 1867. It wasn’t until 1905 that Saskatchewan and Alberta became provinces.  Until then they were part of the vast lands of the Northwest Territories.  Sir John A. MacDonald was our first Prime Minister.  By today’s standards he might be considered an alcoholic and put in the same category as Ford, the mayor of Toronto.  But in those days and to this day – many feel MacDonald was a great Prime Minister.  Possibly because he’s our first?

l.  MacDonald’s dream was to create a railroad that connected East to West Coast. In 1870 Manitoba became a province, in 1881 British Columbia became a province.  And he did succeed.  However, his railroad the CPR (Canadian Pacific Railroad) was a cause of dissension in the west.  The natives hated those locomotives which spewed out smoke and created horrible ‘prairie fires’.  The Metis and the few white settlers, also hated the CPR because MacDonald refused to run the railroad along the Northern Saskatchewan river – where their settlements were located.  Instead he took the easier route of Southern Saskatchewan across the flat, barren lands.  Very few, especially farmers, lived in those areas.

2.  MacDonald also promised to bring schools and hospitals to those isolated Metis towns and villages as well.  A promise, like a true politician, that he never got around to fulfilling.

3.  MacDonald also demanded the Metis change their community layouts. Like the French in Quebec the Metis settlements were laid out in strips all having some river-front property. The rivers were necessary for droughts and water.  MacDonald demanded they instead divide property into squares.  I suppose he had a vision for the west since he thought he had a blank slate.

4.  The natives were now confined to reservations – poorly run reservations where they were mainly starving and men put in control of those reservations (agents) were mainly interested in themselves and in their methods of exploiting the government (which damaged natives more) for their own gain.

5.  Everything came to a head when MacDonald introduced the National Energy Program.  No longer able to take or sell their goods to our closer, southern neighbors, the Metis were forced to sell their products to Eastern Canada.  Heavy taxes made it impossible not to obey.  This was the first time the National Energy Program was introduced and caused an economic disaster in western Canada.

There were other reasons, but with the five listed above – the Metis decided to separate and this caused Canada’s Civil War – the Riel Rebellion of 1885.  The Natives, happy to leave their pathetic reservations mostly joined them. 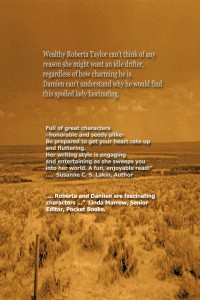