Have you ever become tired of reading or watching shows because it’s always the same story over and over?  Have you ever told yourself you will stop reading or watching TV or shows and decided it’s a waste of time?  Stories should not be confused with plots because there is only a limited amount of plots available for writers to use.  A lot of time is spent searching for something new or something unique and seems to be harder today. Even our newscasters are predictable in their news.

1.  Young people’s behavior always being their parents fault.  I see this mainly on TV shows like Criminal Minds as well as the News.

2.  Big bad Corporations exploiting the poor.  (Avatar comes to mind, immediately.) This, in my mind is a contradiction – a big bad corporation wouldn’t be rich unless large amounts of people buy their product – they need people to succeed and are surely smart enough to realize it.

3.  Unions are helping the ‘working’ people and not themselves.  (At one time Unions were necessary, but now with all the rules and regulations in place by governments, Unions have become just another big, bad Corporation  –  exploiting the working class with demands that are unrealistic.)

4.  Environmentalists are good people and anyone against it is bad. (Often their demands and hysteria are downright confusing to me.  Each idea contradicts another idea – but there is some miraculous way they have a plan to work together?)

5. Rich people are bad – and poor people only do bad things for a good reason.  Their doing bad is accepted/understood and allowed.  (One would think we were living in the times of Jean Val Jean with aristocrats and people who had nothing to eat – so they stole a loaf of bread.  I don’t think stealing electronics should be put in the same category as food).

6. Police are brutal and criminals have good reason to fight police harassment.

7. The bad guys are always Germans or Russians even if they are fighting ‘terrorists’ – the leader always seems to be a white person.

8.  Strong, super women who can fight and win against men (who are quite  often portrayed as geeks or wimpy guys.)

I found it interesting – I think because there is a gap between our ages – Sean’s ideas were quite a bit different from mine, although I agree with his points.  I always enjoy our discussions and appreciate his help in my understanding of the youth today. 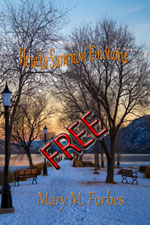