I recently had a discussion with a fellow author about the right or wrong of taking another writer’s explanation of their work and insisting their meaning should be… (insert your own opinion).  I don’t dispute that is wrong.  I would hope the writer of a specific article or novel should know and understand their own meaning without dispute.  But to further expand on the subject, and since it can’t be denied that every story has already been written, I believe there is no reason not to take your interpretation and turn it into your own story. Done in your own words – with differences in plot, characters – would that mean – you have plagiarized another person’s work?  To return to ‘every story has already been told’ – I personally don’t think so.

How can someone logically say another author has plagiarized their work if they write of something common-place in stories.  I often wonder if the wolf in the fable of ‘The Boy who Cried Wolf’ was plagiarized and used in ‘Little Red Riding Hood.’ 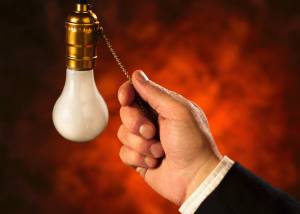 I personally use  ‘what if…’ which always changes the whole concept of a story in my mind.  I watch shows or read books and often say ‘what if’.  If I don’t like the twists or think of different characters in a story I say ‘what if…’ and have so many ideas in my mind I doubt I’ll ever get them all written.

Ironically, what if, applied to my life is annoying to me.  I often say – ‘what if – what if never happens‘ and believe in real life you could spend an immense time worrying about something that might never happen.  What if is a pleasure I reserve for writing only.

A man beats his wife to death was reality I saw in a true story and has happened throughout history. But I think ‘what if – she escapes instead of dying.’  The whole story changes.  I don’t feel I am stealing anyone’s story.  With a little thought and some jotting down, the idea becomes a story. I know exactly what I must research and carefully plot out any vague or omitted loose ends.    Voila –   My story ‘Seraphim‘ is born.

Reserve your what if’s to  tell a story and I guarantee you will never have writers block.