Tell us a little about yourself:   Gary Goldstein was born on October 18, 1961 in Brooklyn, New York. He obtained a Bachelor of Arts Degree in Journalism from Long Island University in 1983, and is a selected member of Sigma Delta Chi, and Who’s Who Among Students in American Universities & Colleges.

Before Gary’s conviction, he worked for both CBS News and Sports, and NBC Sports, as a researcher/producer, and has also worked at other media outlets and sports production companies in the Tri-State area as well. Since his release in 2004, Gary has also been employed in the construction industry, but is now retired from that line of work. Gary is single and has no children. He enjoys reading, writing, music, working out, spending time with family and friends, dating, and going to the beach. Gary still resides in his hometown of Brooklyn, New York, and is currently working on his next book project, while also focusing on his motivational and inspirational speaking career.

Tell us a little about your book:   Non-fiction – memoir. “Jew in Jail” is the true story of the nearly six years I spent incarcerated in various state prisons in New York, and I wrote my book as I was doing my time with full confidence knowing that, while the public is always interested in prison books, they would be even more captivated to learn what it was like for a Jewish man – an alcoholic, drug addict and compulsive gambler – to do time as a minority behind bars. Readers will likely find it fascinating to learn what my days and nights consisted of, as far as dealing with extreme prejudice and anti-Semitism as a minority in prison, how I spent my time and dealt with the demons associated with my addictions, my ultimate recovery, and what the correctional system in the state of New York was like itself. 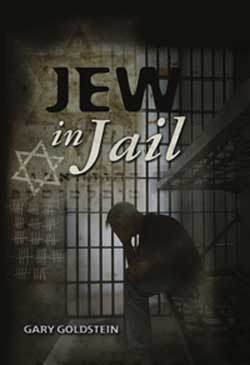 Tell us a little of your experiences publishing:   My book was originally published via Lulu in 2006, but due to problems beyond my control, it was re-edited and republished by CreateSpace in November of 2010 to my complete satisfaction.

Were there any authors who influenced you?:   I would have to say that I was influenced by Dr. Phil, as I admire his very straightforward style.

What advice would you give new authors?:   Never give up on your dreams of getting your story out there, especially if you can help others by what you went through. Also you should trust your skills and believe in yourself.

What is your best experience in writing?:   The feeling I get when I know I have crafted a well written work that I want to share with my readers.

What is your worst experience when writing?:   Being forced to edit what I have written, in order to stay within a certain total number of pages.

Where people can buy your book:

You may contact Gary at Gman18NYC@aol.com for book signings, interviews, or speaking engagements.

I want to thank Gary for participating in the interview. I wish him all the best in his future endeavors.

To find out how you can participate go to Questionnaire for Authors under Writer’s Corner.